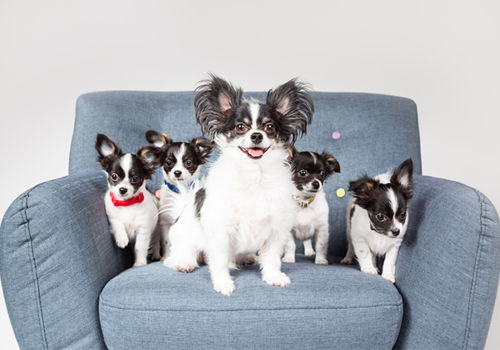 In terms of appearance, there are some markings that can be slightly changed by environmental factors. Embryo temperature at the point of conception, for example, can result in slight differences in the markings of pets that are not of solid colour. Look, for example, at this picture of Bruce Wayne and his clones! All of his clones share exactly the same DNA as each other and Bruce Wayne, and all carry his same full of life and vibrant personality! But they have slight differences in the size of the white stripe down their face. And this is because of the small influence that the environment can have on the appearance of colour genetics.  For pets of solid colour, the same appearance can be expected. And for pets of any colour, their clones are always the closest possible replica of the original pet, even if small differences in appearance of some markings are seen, as they share exactly the same DNA as the original!

Pet Bereavement Education. To Help & Support Your During The Loss of Your Animal Companion …

The Love Of A Cat

Copyright Gemini Genetics 2022 - All Rights Reserved
Back To Top
Manage Cookie Consent
To provide the best experiences, we use technologies like cookies to store and/or access device information. Consenting to these technologies will allow us to process data such as browsing behaviour or unique IDs on this site. Not consenting or withdrawing consent, may adversely affect certain features and functions.
Manage options Manage services Manage vendors Read more about these purposes
View preferences
{title} {title} {title}